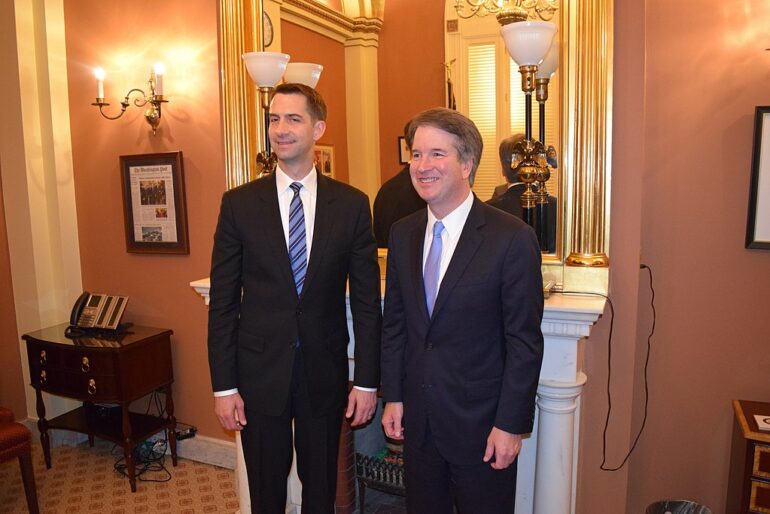 Possible 2024 presidential candidate Tom Cotton will be speaking at the Ronald Reagan Presidential Library in California as part fo a speakers series.

In the high profile speech Cotton will argue that the two presidents share common roots in the GOP and those arguing that the GOP should follow one or the other, is wrong.

Cotton said in an interview ahead of the speech, “Reagan understood what all Republicans should: We are elected to protect the American people and their prosperity and their freedom. Both President Reagan and President Trump, who many people say represent these polar opposites between which we must choose, stood in that tradition.”

Some of the similarities between the two presidents include both entering politics after entertainment, both were previously Democrats, there both overcame opposition from party establishment, and both advanced immigration and trade policies different from the party norm.

Cotton said, “It is the heart of the Republican Party today. Republicans are the party of the common man. We stand for law and order, military strength, good jobs, high wages and sanity in our culture wars.”

Cotton will also take the opportunity to criticize Biden’s approach to the Ukraine war with Russia.

A point of contention, Cotton refused to call Putin “smart’ like Trump has.