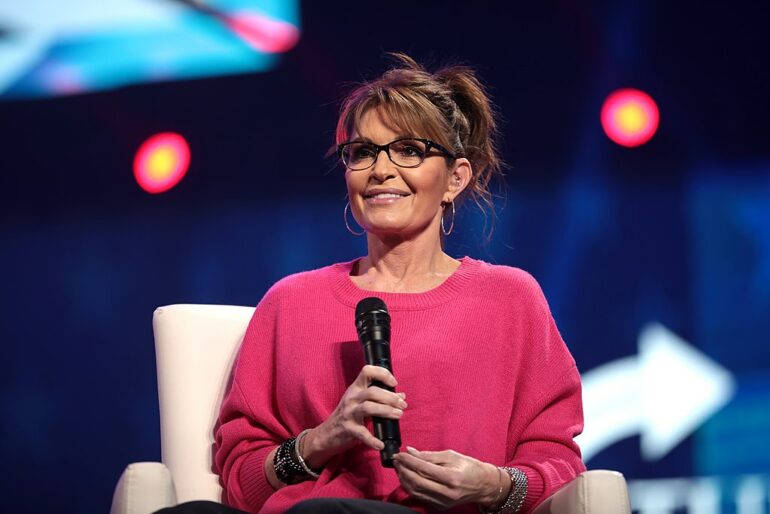 Former Governor Sarah Palin speaking with attendees at the 2021 AmericaFest at the Phoenix Convention Center in Phoenix, Arizona. By Gage Skidmore
Politics

The defamation case brought against the New York Times by former vice presidential candidate Sarah Palin has wrapped up and is now in the hands of the jury.

The case is viewed as one of the biggest media-law battle in years and it sees the New York Times accused of using its power to disfavor conservatives.

In 2017 the Times editorial board published an article on gun violence and political rhetoric in the wake of a shooting that saw a Bernie Sanders supporter gun down Republican lawmakers.

The times referenced a 2011 shooting of then Democrat Rep Gabby Giffords (Ariz.) and suggested it was linked to an ad from a Palin political action committee that put Giffords and other vulnerable Reps in crosshairs.

Most problematic is the insertion of the claim into the story by editor James Bennet even though no evidence existed to prove the claim. [READ NEXT: Palin Takes the Times to Court]

Plain will need to prove by clear and convincing evidence that Bennet and the Times acted with “actual malice” meaning they knowingly published the false statement or that they showed a reckless disregard for the truth of the matter.