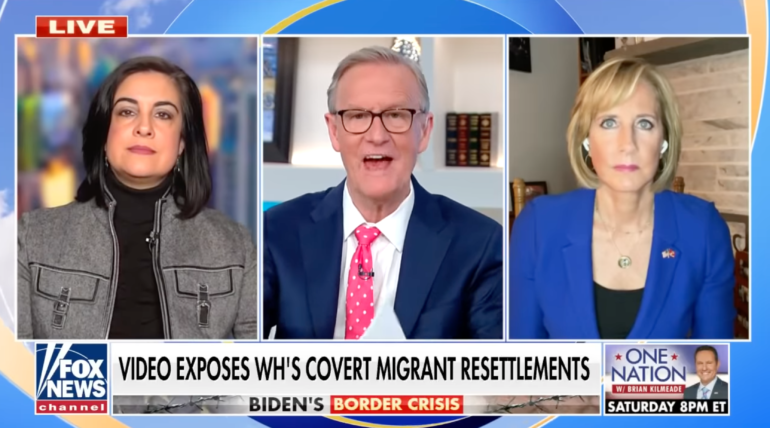 New York Congresswomen Nicole Malliotakis and Claudia Tenney are calling for President Biden to be impeached.

The 51-minute leaked footage was obtained off body cameras from the Westchester, NY Police Department via a Freedom of Information Act request. The video shows migrants being transported on secret charter flights from southern border states to Westchester during the dark of night.

Here’s an overview of the footage which appeared on Fox News:

“President Biden should resign or face removal by impeachment for this repeated and aggravated violation of his oath of office to protect the American homeland and its citizens,” tweeted Rep. Tenney.

POLICE Officers are Under ATTACK and NEED Your Help! [CLICK HERE to Help]

Mallliotakis and Tenney both joined “Fox and Friends” to talk about the video:

“Aiding and abbetting illegal immigrtion is a violation of the law and you have it coming from the President of the United States. It’s completely unacceptable,” Rep. Malliotakis told Steve Doocy on” Fox & Friends”.

“In addition to that, you know that the drug cartels are making billions and billions of dollars every month with human trafficking, drug trafficking. We have the highest rate of fentanyl deaths in this country. Among 18 to 45-year-olds, it is the leading cause of death. Yet this president is on the side of the drug cartels and not the American people. We have many pieces of legislation that will address this very issue but we need to take the House first,” added Malliotakis.

POLICE Officers are Under ATTACK and NEED Your Help! [CLICK HERE to Help]